Research shows that only 17% of consumers aged between 21 and 35 have heard of common cuts of meat such as brisket, fore rib, chump and loin. Those aged between 36 and 58 did better – 68% knew what they were talking about – but they were eclipsed by 51 to 71 year-olds (yes, I’m in that age group!) who knew not only which was which, but how to cook them.

These results are not surprising when you consider that most young people’s shopping experience is confined to supermarkets where meat shelves are lined with a narrow selection of mainly prime cuts of meat. Counters are often staffed by people who lack the training or experience that the traditional butcher had to explain various meat cuts and their uses. Avoid buying meat from the supermarket and instead visit the butcher in your local farm shop.

You can save money by buying large joints (such as brisket, lamb shoulder, pork belly etc) and slow cooking (several hours) or making use of a pressure cooker (usually under an hour) to produce, succulent, tender, flavoursome meat, the leftovers with which you can make a completely different meal!

To learn how to cook cheaper (and tastier) cuts of meat, and how to confidently identify them in your Butcher’s counter: learntocookwithrita.com. 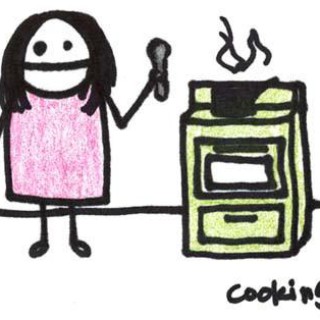